Not only is there a lot of pressure on network providers to launch a fourth generation network – but there’s also lots of competition between them to be first AND to get it right. EE went first last October, both O2 and Vodafone will launch today and Three announces its 4G plans later this year. In fact there’s been much anticipation focused on the UK for a while now; with the US already leading the way and increasing pressure on providers to increase their speed of service – as more and more people use mobiles for more than just calls and texts. 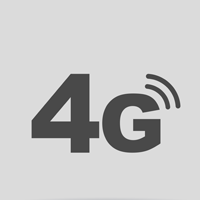 The increase in mobile traffic is partly due to the strong growth in mobile internet connections, especially from personal devices, and the increase in video streaming. Cisco’s Visual Networking Index reports that by 2017 mobile video will account for 66% of all global mobile data traffic – and that the traffic will increase 13-fold, reaching 11.2 exabytes per month.

Network providers have been in desperate need of a new high capacity transmission network to help deal with this continued explosion in mobile data – as 3G is now almost 10 years old and struggling to cope with the needs of today’s data hungry mobile users. 4G (or LTE) is the next stage in mobile network development and will provide users with much faster data speeds than 3G is able to.

Matthew Howett, an analyst at the telecoms consultancy Ovum, told the BBC earlier this month, “It’s not just about speed issue but also capacity.”

However, many network providers have found that it’s not just the complexities of installing a brand new service but the other considerations – such as the integration of 4G performance into the customer services platform – that have contributed to the massive time and effort commitments involved in a project of this scale. Read our case study on how we helped Vodafone prepare for its 4G launch.