Effective from 1 July 2013, the European Union’s Roaming Regulation has lowered the price caps for data downloads by 36 per cent; making it much cheaper to use maps, watch videos, check emails and update social networks while travelling across the EU. 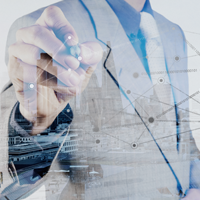 This means data roaming costs are now almost 100% cheaper in 2013 compared to 2007. Add to that the scrapping of data roaming charges altogether in 2014 and you have to ask the question: what does this mean for telcos? Falling revenues in their traditional business, and an increasing need to adapt and sell more services.

During the same time period the volume of the data roaming market has grown by 630 per cent. These two trends mean both consumers and mobile operators have significant new opportunities. The killer piece for telcos however, will be understanding where their opportunities lie – if they can respond to their customers’ changing behavior then they don’t have to lose out, in fact there are potentially massive gains to be had as more and more people use their handsets abroad.

Prosper Mobile Insights surveyed US smartphone and tablet owners and found that as of March 2012 approximately 98 per cent took their mobile devices with them on holiday and nearly four in five respondents in this group used them “all the time.” Trip Advisor reports that 62 per cent of travellers use their mobile devices to research restaurants, 51 per cent check their flight status, 46 per cent research attractions and 28 per cent check in to a restaurant, hotel or attraction while on a trip.

For example, imagine your customer steps off of the Eurostar and has a requirement for geo-location services, as well as other apps. How do you intuitively know this? If telcos can find out where their customers are travelling to and offer them appropriate data packages at the right time, they will both keep the customer, and gain the revenue.

Locational and contextual big data will be critical to the next generation of telcos – so in order to evolve they will need real-time, streaming data, on all their millions of customers. Knowing what they want, and where they want it, will provide the key to service and revenue. Add big data to the equation to equal added value and market share.