It’s hard to believe another year has flown by, not to mention 20! As we near the end of 2014 and approach the year of our twentieth anniversary trading, we thought we’d take a step back to reflect on what a truly great year we’ve had, and why we think 2015 will be SysMech’s best year ever.

A quick flick through our Zen Zone blog will confirm that 2014 was a pivotal year in a market that saw a lot of changes, especially in services. In Europe and North America, 2014 saw significant growth in new services such as IPTV, online gaming, cloud services, and wearable technology. In Asia and South America, we have seen a real uptake in data services thanks to better aligned pricing of smartphones.

We have also seen a lot of new products and approaches to operational efficiency emerge. These include M2M and cloud based services, analytics for marketing and monetisation of customer data, SON for operational efficiency, expansion into broadband, and the adoption of data based services consumption emerging economies. In 2014, mobile and broadband suppliers also became more focused on customer experience than ever before, and delivering simplification through consolidation of network operations.

As the market changed, our products moved with it. Our real-time Zen Telco toolset has experienced record growth this year. In March, we launched Zen 4i – a suite of big data analytics products to provide a single view across complex and multi-tenancy environments.  Zen is the first Telco toolset to combine OSS/BSS systems, networks, and social media, for a real-time, consolidated view of the network, services and customers.

2014 was also a year where we clocked up the airmiles traveling to see customers, prospects, partners and a world of technologists at tradeshows in London, France, Barcelona and the U.S.A. 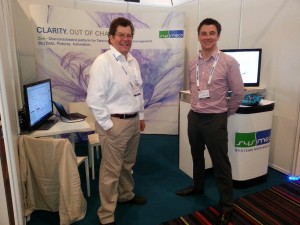 In June, the team hit TM Forum Live in Nice and Telecoms IQ’s Mobile Network Performance Management Summit in London in June not only to exhibit, but also to present some unique thoughts on what we think matters in visualising, managing and optimising the performance of mobile and fixed line networks in real-time. Our VP of Strategy, Andy Stubley, presented Consolidating many network performance management systems in complex multi-vendor and multi-technology environments with one application: Using the latest real-time big data capture, analysis and visualisation tools. His presentation featured SysMech’s extensive Zen product suite which enables integration of data, insight into patterns, automation of repeatable actions, and high-level analytics capabilities.

Later on in the year, SysMech’s René Tonon presented Measuring Customer Experience through Effective RAN Management at BBTM, the Broadband Traffic Management Event and Telco Big Data Summit at the Hotel Fira Palace, Barcelona. On the topic of René, 2014 marked the anniversary of his 15 action-packed years with SysMech, which we honoured at this year’s black tie Christmas party in Canterbury. Thank you René, and here’s to another great 15 years.

We also welcomed a new face to the team in March with the addition of Mark Slinger, who joined us as Head of Product. Mark has worked in the IT and mobile software industry for 20 years and brings with him a wealth of knowledge in designing, building, managing and launching highly transactional, complex products and services across a variety of industries, including Telcos. You can read more 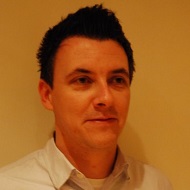 about Mark in our “2 Minutes” series, which also features an interview with SysMech CTO Chris Mathews.

Chris will tell you that it was also a busy year on the home front, particularly because we opened our new office in the Thames Valley, appointing more than ten new technical positions at this new location and a similar number in the development office in Kent, which has also doubled in size. 2015 will also see a similar expansion in terms of growth to the team, with a new Head of Marketing starting in January. Watch this space!

As always, 2014 was a busy year for blogging about our space. Our Zen Zone blog attracted the highest number of web visitors to date, with visitors favouring some of our top blogs of the year:

As we work through our twentieth year as a company, we’ll be launching our “SysMech’s Best Kept Secrets” series where we hope to show you a few things you didn’t know about SysMech, and perhaps even a few insights on the industry you hadn’t even thought of.

We’d like to take this opportunity to wish our readers and their families the very best during the holiday season, and of course a wonderful 2015. We’re looking forward to celebrating our 20 year anniversary with you throughout 2015 via many shared milestones and insights while we dive into another hectic year ahead.