We are pleased to announce that SysMech has been recognised for our advanced technology with a Red Herring Top 100 Europe Award.

For nearly 30 years the Red Herring Awards have recognised the most promising private technology companies in Europe, Asia and the USA. The awards consider a whole host of criteria such as level of innovation, international footprint, intellectual property and growth rate.

With over 980 applicants for the 2015 European awards, the competition was fierce. The Judges followed a rigorous process, initiated with a company report followed by an interview with the CEO before announcing the 150 finalists. The final stage was a presentation to the panel of Judges, shortly followed by the awards ceremony itself, this year held in Amsterdam.

Last night at the event, SysMech was recognised for the advanced technology and unique benefits of Zen Unified Service Assurance software. The software is used by CSP’s across Europe and the Middle East to manage and optimise their mobile and fixed line networks. Zen features intelligent automation functionality which allows network operators to rapidly identify problems across the network, in real-time, and rectify them before customers are affected.

This prestigious award is great recognition for the business, demonstrating the true expertise and innovation of the SysMech team. With the launch of Zen 5.1 on the horizon, 2015 is expected to continue along a highly successful path. 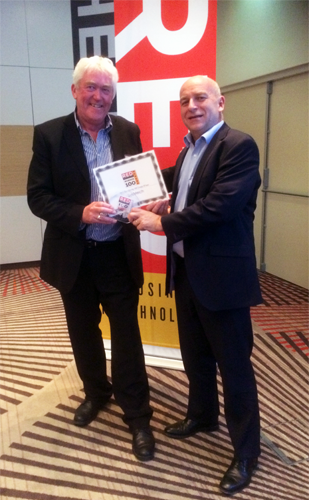