–      How SysMech can turn Telco big data into business value

The big data driven telecom analytics market is expected to grow at a CAGR of nearly 50 per cent between 2014 and 2019, according to Mind Commerce. By the end of 2019, the market will eventually account for $5.4 billion in annual revenue. 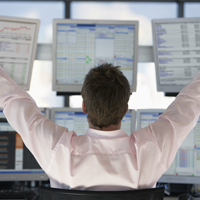 But what can you do now? Where are the live, working case studies?

If you’re looking at maximising this opportunity in 2014, below are just some of the examples – in numbers – of what can be achieved in addressing the mountains of information assets (previously unexploited). This list represents just a few facts that were extracted by SysMech from its Zen big data implementations across its global Telco base. There are plenty more…

Automation is one of the keys to big successes in big data.

Zen has time again proven network providers’ return on investment, within as little as just one year. It was Einstein who rightly coined the phrase: “in the middle of difficulty lies opportunity”.

« Save your customers, and your costs: no excuse for network outage in 2014
When Working with Big Data…Begin with the Decision in Mind, not the Data »